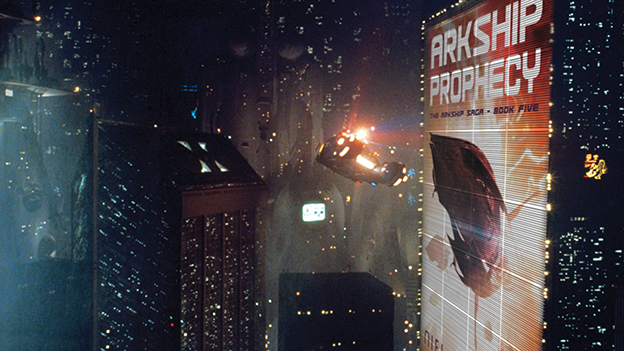 It’s 2019, the year of Blade Runner! It’s time to go buy yourself a flying car and book a trip to the off-world colonies to get away from the constant rain. (I live in the UK and I’m used to rain, so I’ll be fine right here.)

January is a good time to plan for the coming year. Here’s what I aim to do:

More books!
No big surprise there, right? Arkship Prophecy is on pre-order right now, due out at the end of next month. Then there’s book six to think about. That’s the last volume in the main run of the Arkship Saga, although there are three prequels planned as well as several side stories.
There’s also the prospect of me writing two separate licenced titles but those are not yet confirmed. They’re both science fiction but very different beasts.
I plan to return to Tobin Artichoke later in the year with two more adventures, so I’m going to be busy.

Screenplays
I’m in the middle of writing a post-apocalyptic love story which I hope to finish in the summer. I’ve really enjoyed doing this and I hope I can do more of this sort of thing as well as writing books.

Events and talks
I’ve been doing less public events so that I can focus on writing, but I’ve not abandoned them completely. I’ve got a few school events coming up as well as some industry talks to writers and publishers.

Animation
I’m still working as an animator in between writing. There are more Doctor Who blu ray box sets coming out which include work from me.

My aim this year is to be productive but to avoid being the busy fool I’ve been in recent years. How about you? What’s your goals for 2019? Let me know what you’re up to.

When is the Movie coming out?