Chapter 14 is my home now. Almost halfway. Ah well, I’ll finish when I finish, but it’s not going to be by the end of the month, that’s for sure!

Still, I’ve made some good progress this week, and even did a reccy of some of the book’s London locations. I took a walk up and down Eversholt Street which is home to my two main characters. A lot of the early action takes place around their home, including a shop and cafe. I took pictures of most of the shops on the street to help me get the feel of the location right. I’m not using any existing shops in my story (although I’m so tempted to use the Skylight Café, given my story’s subject matter, but no one would ever believe it wasn’t a made-up cheesy pun!) but these pictures give a flavour of the places I’m describing.

It’s always really useful to walk through the locations. Google maps gets you so far but there’s so much more to learn by walking in your character’s footsteps. I’d imagined the character’s flat to be a bit more modern but the reality of the current houses on Eversholt Street are more run-down than I’d expected. They’ve got an earthy quality which I like but I’d never have known that without taking a stroll!

Next I walked to St Pancras Church which is just over the road from Euston Station. It’s a beautiful old church where my characters find sanctuary. I spent several minutes sat inside, imagining the events of my book taking place around me. As well as being really useful it was also a very relaxing and quiet moment. The reccy really helped to cement the story in my mind and it’s a process I’d recommend to other writers. 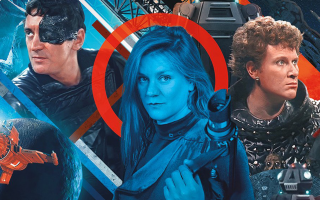