60 days isn’t long, is it? Less than two months till Sorrowline is out there!

A lot has happened in the last few weeks. First up I’ve just signed off on the last round of copy edits to the Sorrowline text, so its finally done. Its a odd feeling, having stepped away from it after so long. I started writing it in September 2009, and have been tinkering with it ever since. But now its done and its time to move on. And the cover has been locked as well, so its all ready to go to the printers, which I believe is happening any time now. I have an insane urge to want to go to the printers and see it rolling off the press, but I think that’s probably getting dangerously close to Alan Partridge’s infamous trip to watch his book get pulped. Speaking of the cover, its finally appeared on the Amazon page listing, which was brilliant to see. Little things like this make it that bit more real for me! And the back cover now includes a great quote from Stephen Cole, Doctor Who and children’s book author: ‘What a terrific idea for a creepy time-travel thriller – wish I’d thought of it!’

Completing Sorrowline has let me focus on book two, Timesmith, and I’m pleased to say I finished the first draft yesterday. I’ve got lots of editing and re-writing to do on it now, but its good to know its coming together into something resembling a book!

Finally, I took part in an interview recently for New Writing North. I won a Northern Promise Award at last years Northern Writers Awards, which helped me to get a book deal. This video is to help promote the expansion of the awards to include the North West and Yorkshire. If you enjoy writing and are thinking about taking it further I’d seriously recommend you enter the awards. You’ve got nothing to lose, and possibly lots to gain! Have a look at the video, then get writing! 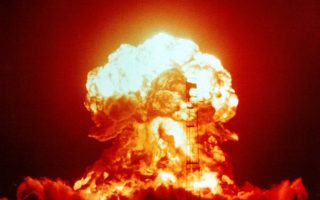