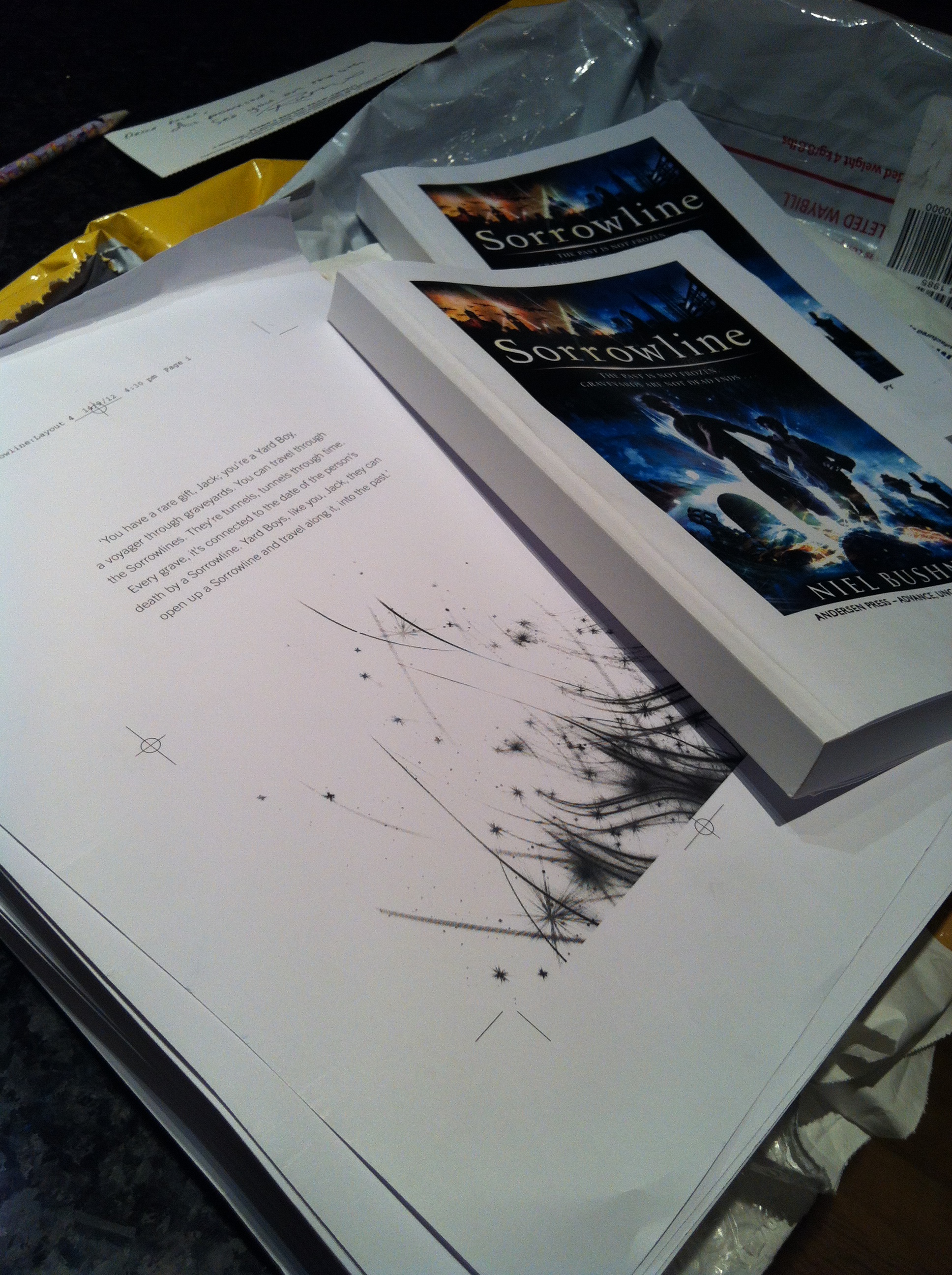 Things are starting to get exciting!

In the last 10 days I launched my Facebook author’s page and its managed to get over 80 ‘likes’ already. I’m really grateful to everyone who has sent me messages of goodwill there too.

Two parcels came last week that cheered me up as well. The first was the proof copies of Sorrowline, sent from my publisher, Andersen Press. This is my last chance to make sure I’m happy with everything. I’m not expecting major changes now, that work is pretty much done, but its a chance to catch those last elusive typos or errors.

The second parcel was the bookmarks I’d ordered. Once the cover artwork had been finalised I was keen to have something I could give out and bookmarks seemed like the perfect solution. I’m very happy with them, and I’ve already given out packs of them to my agent, my publisher, Forbidden Planet in London and Hartlepool Library. (If you’re from a bookshop, library or school and fancy some bookmarks please do get in touch!)

Yesterday I had a lovely lunch with Ruth Knowles, my editor at Andersen Press, Eve Warlow, Andersen’s book publicist and my agent, Juliet. It was fun to talk about what’s going to happen next, to hear about Andersen’s ideas to promote the book and to speculate on some ‘what ifs’. I was also thrilled to hear of some very positive noises from other authors connected with Andersen who have already read Sorrowline. But best of all it was a free lunch, which is always nice.

Next week is the Frankfurt Book Fair, a vast meeting of the worlds publishers, agents, scouts, and a few authors. I’m not going along but my agent Juliet Mushens will be there, as will Rachel Mills, PFD’s foreign rights agent. Sorrowline is featured in PFD’s rights brochure,and I know they have lots of meetings lined up. (Sorrowline has already been sold to Brazil and Germany, as well as the UK.)

And finally, I’m three quarters into writing the sequel to Sorrowline, called Timesmith. It takes the world established in Sorrowline and pushes at the dark edges to reveal new characters, new locations and new dangers. I’ve been told off for smiling gleefully every time I mention killing off characters. Apparently I’m enjoying it too much! Last night I was up to chapter thirty two, about a hideous creature who was once a… well, maybe that’s enough for now. I don’t want to spoil it for you, do I? 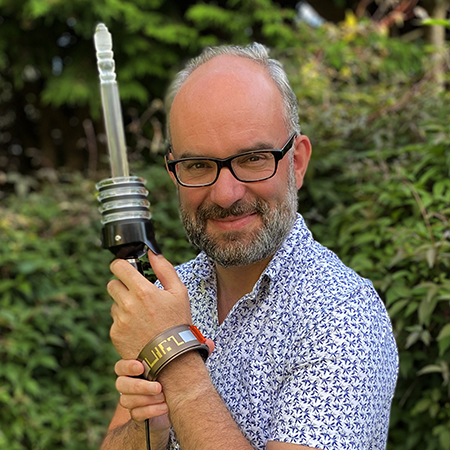 The verdict is in!