When I was at junior school we were asked to write about ‘The letter that changed my life’. I wrote about receiving a letter from NASA telling me my application to be an Astronaut had been successful. I recall the teacher enjoying it, and I might have had to read it out in front of the class. Memory is a funny thing, and I might be sugar coating it, but I prefer to remember it happening exactly like that.

Years later, when I was in my 20s I actually got a letter from NASA: an application form for Astronaut training. I never filled it out, but I have that letter to this day. It didn’t change my life, but who knows what could have happened if I’d returned it. (The truth is I’m too tall, I don’t speak Russian and I have no academic qualifications that would see me through the first round, but anyway….)

A few weeks ago, on Friday evening, I returned home, tired and stressed, to spy a letter waiting for me on the kitchen windowsill. Diane knew who the letter was from; a franking mark on the envelope said ‘New Writing North’. I opened it with a strange numbness, not knowing what to expect. The first line said, “I am delighted…”

I didn’t get much further. I cheered, hugged Diane, and I understood how much this really meant to me. It was as if, finally, I wasn’t just deluding myself about being able to write. Someone else agreed.

Once I’d calmed down Diane read the letter out to me: I had won a Northern Promise Award in the 2011 Northern Writers Awards.

Could this be any better? 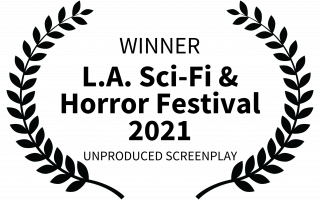